2021 update:
What are the Pitfalls of Equity Release?

Too often seniors jump at the opportunity to release their equity without asking themselves, “What are the risks?”

Below, we’ve taken the time to detail the pitfalls of equity release schemes, so you can make an informed financial decision.

What is equity release?

Equity release is a broad term that refers to a range of products that allows individuals to access the equity locked in their home.

The tool permits people to borrow against their home without having to move or attempt to sell their home quickly.

There are two primary options for equity release in the UK:

Who qualifies for equity release?

Not everyone is eligible for equity release. There are criteria homeowners must meet to qualify.

Just because you already have a mortgage or secured loan on the property does not preclude you from apply for equity release.

You will just have to pay off the debt at the time the equity release scheme is entered.

Lastly, although it’s not a hard-requirement, homeowners should put careful consideration into equity relief if they have dependents living with them.

That’s because the equity release only protects the homeowners.

Once homeowners pass away or move to a long-care facility, the dependents are no longer allowed to live in the home.

This is one of the pitfalls of equity release. If you are a tenant or dependent who lives in a house where the owners are considering equity release, we advise you to seek separate legal counsel.

A solicitor can better assess your situation and determine if you should continue to live in the home.

Dependents may need to sign a waiver indicating they understand that their time in the house is limited.

The rise of equity release schemes

Equity release has become more and more popular over the past few years. Common reasons include:

Equity release is growing in the United Kingdom at an alarming rate. According to the Equity Release Council, seniors released more than 3.06 billion pounds’ worth of equity from their homes in 2017.

Although some of this was thanks to those who had released equity previously, a majority came from the 37,000 new customers who signed up last year.

The Council said that new customers agreed to an average initial instalment of 62,539 pounds in the final quarter.

While we’re still waiting for the final figures for 2018, initial estimates showed that equity release was continuing to grow in popularity. For instance, Responsible Life, an equity-relief specialist, indicated that the total amount of equity released by homeowners rose by nearly six percent between April and May of this year.

Perhaps one of the most significant draws is the fact that lenders provide a no-negative equity guarantee. This means that those borrowing against the value of their home will never owe more than the total amount of the property.

So, instead of living on properly-allocated retirement savings, people are instead living lavish lifestyles by taking on debt in their later years.

Unfortunately, too many seniors in the UK seek to live extravagant retirement lifestyles without thinking about the long-term implications of their decisions.

However, when utilising equity relief, homeowners unlock cash from their home, either in the form of a lump sum or portioned payouts.

Regardless, the homeowner’s monthly income skyrockets with the influx of capital, causing many homeowners to breach the limits of means-tested benefits, causing them to lose out on many entitlement programs, including council tax reduction and pension credits.

Many view no-negative equity as a huge perk of the equity release program. However, pretty much all lenders give this guarantee, even if the ERC does not back them.

The ERC ensures equity release programs, so homeowners should be wary of working with lenders who the organisation does not support, even if it means forgoing the best rate.

Taking out more money than necessary

Another common pitfall is that homeowners choose to take out more money than they need. Homeowners do this because they wish to enjoy retirement to the max.

However, seniors should only use the equity release program on a need-basis. Homeowners should take money from their home that they can spend and potentially repay.

If homeowners need to secure more capital in the future, they can always secure another loan as a part of the equity release program. But since all loans will eventually be repaid with interest, withdrawing cash to sit on it is nothing but a waste of money.

Interest roll-up can become particularly expensive, especially if the lump sum that the homeowner withdrew is substantial.

The best advice that we can give is not to make a rushed decision.

Homeowners must consider the fact that they likely will not be capable of repaying another mortgage before they die, so any amount left unpaid will be subtracted during the sale of the home, which could take away from inheritance amounts left to children and grandchildren.

Homeowners should think of both the long-term and short-term implications of equity relief.

We recommend homeowners find a whole of market independent financial advisor who can detail the dangers of equity release and evaluate whether this strategy is the best for your personal circumstances. 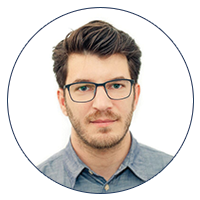 The hotter your market
the easier your sale...

Discover the best way to sell your home quickly

What do you want?

Tell me about your house selling goals and I'll tell you the fastest way to achieve them.